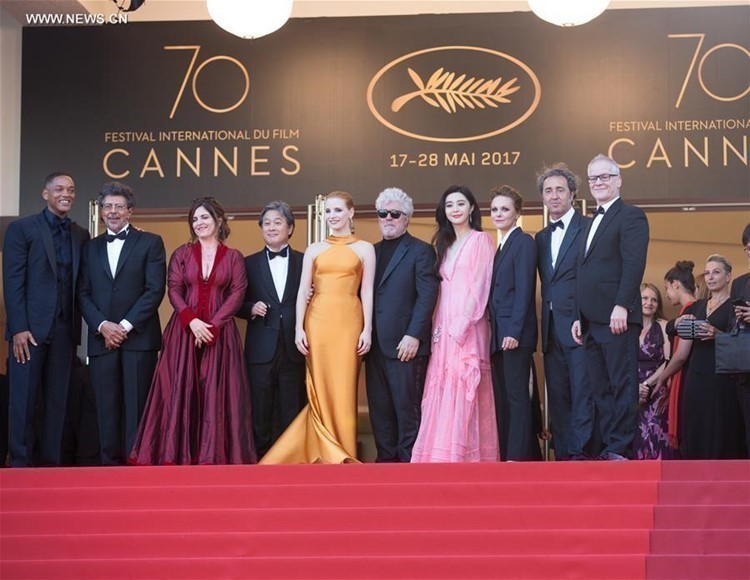 Happening at the most desirable and dreamy scenery – the French Riviera – where the world’s elite gather to amuse themselves and network, you’ll get life changing experiences. What about spotting your teenage movie star crush on the red carpet, or crossing paths with rising stars of today on the beach promenade, La Croisette, dancing with music artists at Baôli, partying at Leonardo DiCaprio’s yacht or attending VIP beach parties by Clubbable  ?

But even with 11 days of events, and approximately two weeks to discover this vibrant city, it can be a struggle to know where to go and what to do. And really, there is no right answer as to which of these hot clubs and parties you ought to hit. It all depends on your personal taste.

If you haven’t been personally invited to each party, it can be difficulties to actually get in to the events. Do not worry - as Clubbable is the way to the VIP nightlife, you are able to “request” to attend all private events through the Clubbable app.

As well, the queues to the nightclubs can be quite long. By requesting guest list or make a table bookings to all clubs in one go with the Clubbable app, you’ll be certain you’ll have a memorable night out among movie stars and friends!

Here follows a rough guide to the best and most exclusive parties during the Cannes Film Festival 2018 that you are able to request to attend through the Clubbable app, as well as the reasons why you might want to go there..

Tuesday 8th of May, from 5pm to 2am, the Opening Ceremony
will be held, hosted by none other than actress Audrey Tautou. Look out for the
red carpet looks, the celebrities walking the city all morning, and the
cocktail parties as the day goes on.

The annual party will be held at the Hotel Martinez Rooftop
on the evening of the 9th.

The Chopard Annual Party at the Carlton Hotel

On the 11th of May, at the Carlton Hotel, this exclusive
black tie party is held as it has been for many years. This party is one of
many where A-List celebrities rub shoulders. Last year it saw guests such as
Will Smith, Kendall Jenner, Bella Hadid, and Bruno Mars. There are even meet
and greet options if you book soon enough.

On the 12th of May, at the Hotel Du Cap, this exclusive day
party promises to be elegant and decadent.

On the 13th, at the Cannes Mandelieu Airport, Naomi Campbell
will host a huge fashion show event, including a cocktail party, fashion
auction, and after party, raising money for charity.

On the 14th there will be an exclusive showing of this
thrilling documentary, followed by an after party with the cast, director, and
VIP guests to the showing. Not one to miss.

On the 15th you can enjoy a new twist on the nostalgic duo,
Han Solo and Chewbacca, followed by an after party with the cast, director, and
VIPs.

On the 15th of May, at the Hotel Du Cap, the Swiss brand
will throw it usual mid-festival party. Expect A-listers, up and coming artists
from the fashion and film worlds, and a fun, lively atmosphere.

If you want to enjoy one of the festival's highlights whilst
raising money for a worthy cause, this is a place you need to be. Every year
amFAR host their Cinema Against AIDS benefits, which include a gala rubbing
shoulders with A-Listers, a live charity auction, exclusive viewings, surprise
performances by international stars, and a party that rocks all night long.

On the 19th, the show is wrapped up. Also hosted by Audrey
Tautou, we can expect the closing ceremony to be a stunning gathering of the
most brilliant minds in film today, wrapped up with a glamorous after party, of
course.

The Key's "After the Festival":

The Key Club Paris has set up a temporary rooftop
club in Gray d'Albion for the duration of the Cannes Film Festival. It is the
best place for a relaxed evening, with amazing views of the sunset, La
Croisette, and Cannes coming to life. From 5am to 9am every night you will
enjoy an exclusive experience surrounded by celebrities, fine champagne, and a
five star buffet. Access is extremely limited, so make sure to book now.

And, of course, every night in this beautiful city you can hit the town and
visit some of the most extravagant and exclusive clubs around.

Gotha is currently not open.

Baoli is open every single night of the festival, providing a wonderful place to amuse yourself, surrounded by beautiful people, celebrities, great music, and delicious drinks.

Chrystie
also opens Thursdays, Fridays, and Saturdays over the festival.

Not all event dates have been announced yet. But watch this space, as here at Clubbable we aim to bring you the latest information and reservations for the hottest parties throughout the
Cannes Film Festival!a