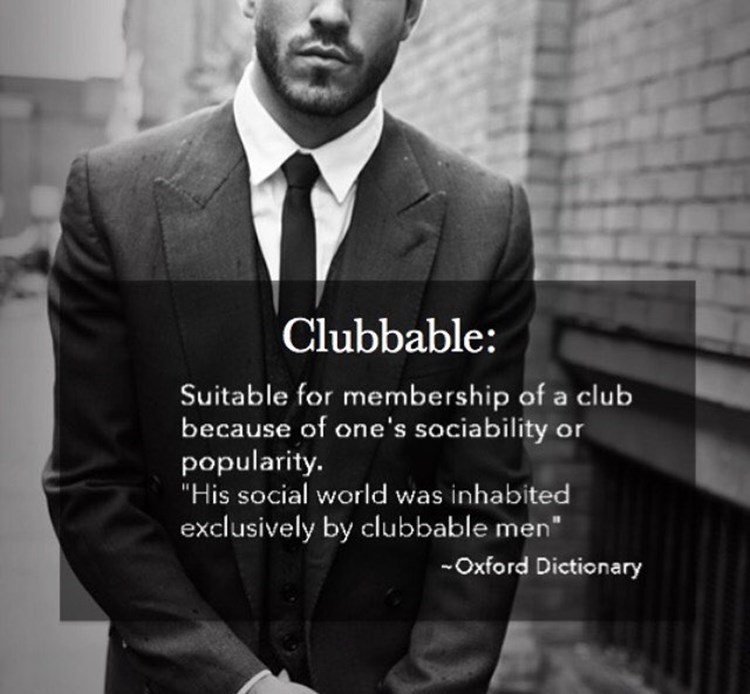 The old definition according to the Oxford dictionary is "suitable for membership of a club because of one's sociability or popularity". Clubbable is a very old word and has origins within the old British members clubs do describe the type of clientele whom are belongs there. Nowadays the term is more often used to describe the suitable clientele of a VIP nightclub with is so much more than simply based on looks.

This meaning of the word goes perfect with what our nightlife brand is all about. Being "clubbable" is so much more than just looks and money. Style, charm, contacts and social skills are also important aspects of a clubbable person.

Urban dictionary defines it as: "Good looking enough to get into a VIP nightclub". Example:

Recently politicians used the word to describe the British prime minister Theresa May as "not Clubbable" according to articles in The Telegraph and by the BBC.

The financial times wrote about the man behind the Azimut yachting brand Paolo Vitelli: the clubbable businessman who rescued Benetti.

Spellings such as clubable has also been seen though out history as well as clubabble which are both wrong.

As for pronunciation it is closer to "club bubble" than "club able". In phonetic writing it is: kləbəbəl.