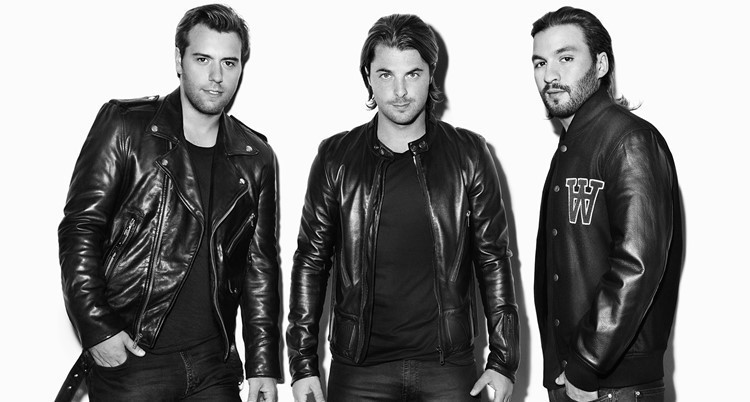 It's confirmed! The Swedish House Mafia reunion is a go, with tour dates being released already for eager fans to start making plans.

Their split in 2013 took the EDM world by surprise. After forming in 2008 and releasing two amazing albums, Swedish House Mafia looked to be one of the best EDM artist collaborations ever. And that was, in fact, part of their reason for splitting: They felt they had done all they could do together, and felt they couldn't keep producing such fresh tunes. So, rather than keep milking the phenomenon, they retreated to focus on their own projects.

However understandable their reasons for splitting were, fans everywhere have been holding onto the hope that they might come back together. After all, given nearly six years to work on their own music and projects, they have no doubt developed new techniques and ideas to explore with one another. In fact, they had even said as much. During their hiatus Axwell explicitly said that he would not rule out a reunion forever. That "Maybe one day something will happen inside of us that says 'boom'."

For a while, that seemed like a fairly empty musing. After all, they weren't exactly doing badly on their own. During their hiatus they each worked on an array of hit singles, Axwell and Sebastian Ingrosso formed Axwell Λ Ingrosso in 2014, and Steve Angello released his debut studio album in 2016. It seemed they were really making the most of their time apart, and many fans began to lose hope that the supergroup would actually have a reason to get back together.

After they got together for the Ultra Music Festival in Miami, fans felt lucky to have had the opportunity to see them once again. But it seemed like this wasn't the last we were going to see of them. It seemed that having so much fun together and seeing fans so happy made them reconsider a reunion. Even the late great Avicii was supposedly inspired by Swedish House Mafia's reunion when he returned to DJing shortly before he passed away this April. It was a monumental thing for all electronic music artists and fans around the world.

The spark had been lit.

Back in July this year, Angello, Axwell and Ingrosso of Swedish House Mafia seemed to be hinting at something. Their Instagrams were dropping cryptic messages and an injoke seemed to be starting up. Their "Dancing Alone" billboard was glitching... or was it? It displayed the three dots of their logo. We were still unsure if it was a mistake or a hint at what was coming up.

On the 8th of this month their website and Instagram stories displayed a timer and posters were seen displaying three Nike swooshes, and STOCKHOLM three times, hinting at the Swedish House Mafia logo. With all the clues being dropped, we felt fairly certain that this was the countdown to the big reveal, but we still held our breath. After all, this wouldn't be the first time that a supposed reunion or return to the spotlight was a hoax, a joke, or a misunderstanding.

What was really going on?

Luckily for fans everywhere, this reunion is legit. After Axwell and Ingrosso's performance at the Amsterdam Music Festival on the 20th, the trio finally revealed that they would be all coming back together for a tour that is already looking to be huge. The mysterious countdowns led to a live stream where, in Swedish, they explained their reunion and the upcoming show.

At first most fans had no clue what was going on! Swedish House Mafia has fans all around the world, and not all of us speak Swedish. So it was kind of confusing, even though it was clear something was happening. And this wasn't the first time they teased us in Swedish! In June Steve Angello did an interview with Sydsvenskan, a Swedish publication, where he literally said they would be back in 2019. But because this interview happened around the time of Ultra Miami, this little bit of information was lost. It's only now that all these little details have come together.

This would make it their first proper reunion in six years! Not only that, but they are promising they have been working on new music together. Axtone Records released edited footage of their performance at Ultra Miami, featuring music that is not from their first two albums together or any of their solo careers. They have also dropped hints that they might have new tracks for us.

Clearly something big has been in the works for a while now.

The reunion show will be in Stockholm on the 4th of May 2019 in the Tele2 Arena and fans are already hyped for brand new tunes. After all, if they split up because they thought their work together might get repetitive, it would be hypocritical to get back together to play the same tunes, wouldn't it?

It makes sense, knowing their commitment to always being new, fresh, and exciting, that they would be working on new tracks together.

And if you want to be one of the first people to see them live, you might not even have to travel to Stockholm. Hints have also been dropped that they might be touring. They mentioned they would be pausing their own individual projects to put together a proper tour package as Swedish House Mafia once again. And during his set at Ultra Mexico, Steve Angello said "Mexico, I'll see you next year with Swedish House Mafia."

Yeah, that is more than just a hint. That is basically a promise. So first Miami this year, next Sweden in May 2019, and after that Mexico. We can't help but wonder what other countries they will be gracing. The UK? Germany? The USA? Considering how long they kept the details of their reunion hidden, I am sure they will have more surprises up their sleeve for us.

As for the confirmed Stockholm date, the tickets will start selling on the 27th of October at 12am. We predict they will be sold out by around... 12:01 am. Click this link to get yours!