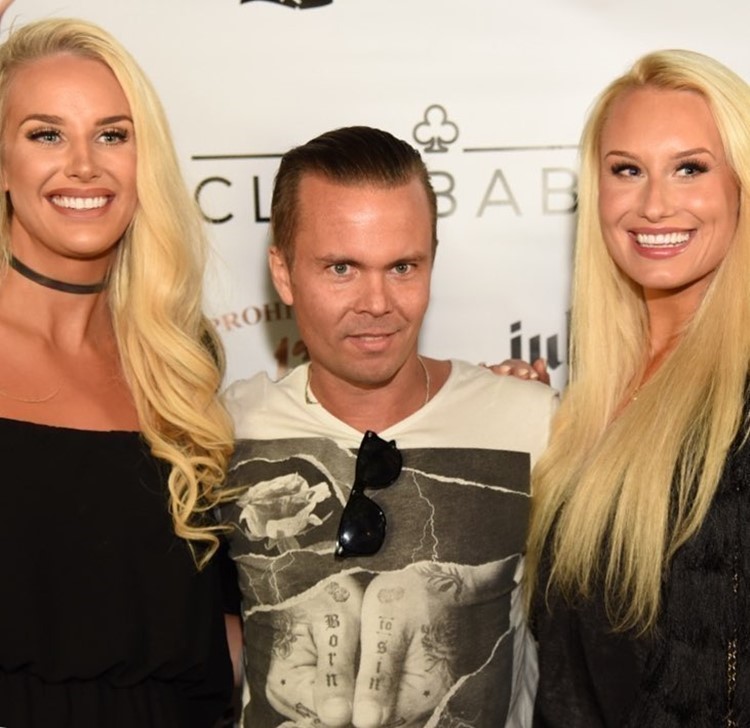 In the photo above you see Clubbable founder Magnus Ahlin with models Camilla Fogestedt and Julia Franzen famous from TV shows Robinson and Bachelorette.