The Fascinating Club Experiences That Offer Something Extra 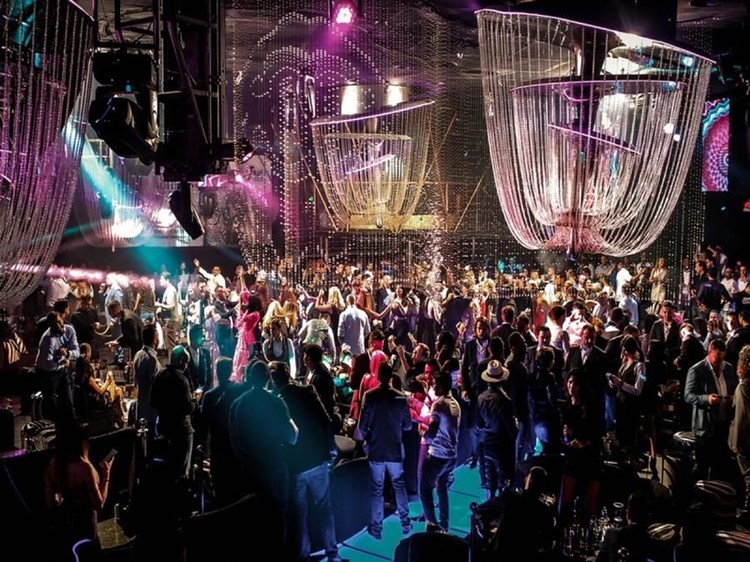 Going to a nightclub can be about more than listening to music, drinking, and dancing. The following are some interesting club experiences from around the world that can give you something extra on your nights out.

The Cavalli Club in Dubai Has an Exclusive Italian Restaurant

The stylish Cavalli Club in the UAE was recently voted the second-best club on the planet, behind Hï Ibiza. Located in Dubai, it has been providing a glamorous, expensive setting for party-goers since opening in 2009.

The inspiration behind this club is iconic Italian fashion designer Roberto Cavalli. He first made his name in the early 70s, taking his first collection to the catwalks of Florence and opening a boutique in Saint-Tropez in 1972.

The club features a robotic bartender that has served drinks to VIP clients such as Jennifer Lopez and Will Smith. Like casino gambling and sports betting, alcohol is illegal in Dubai, so you can only drink it in licensed bars such as here.

This place has earned numerous awards over the years, including CNN’s best party venue in 2017 and Ahlan Awards’ best club in 2016. Food options on the menu include classic Italian dishes such as risotto and pasta. This luxury club opens from 8.30pm to 3am every evening and is located in the Fairmont Hotel.

Mandalay Bay Has a Club, a Casino, and a Shark Aquarium

Las Vegas is one of the best cities on the planet for all types of evening entertainment, with the highly-rated Marquee Vegas location being one of its top clubs. Among the other famous entertainment complexes here is the sprawling Mandalay Bay resort. Best known for its 135,000 square feet casino, it also has attractions such as a shark reef aquarium and performances by Cirque du Soleil.

At the heart of the complex is a hotel with over 3,000 rooms. The 43-storey resort was opened in 1999, with the Blues Brothers and Bob Dylan helping out. The popular Broadway jazz-based musical Chicago was also premiered here in 1999, with Mamma Mia! Running from 2003 to 2009 too.

As for the club, it is called LIGHT and the featured DJs include Jeezy and Rock Ross. Opening hours are from 10.30pm to 4am. Prices start at $20 for female club-goers, while the gents need to pay $30. VIP tables cost from $495 at the time of writing, with complimentary cocktails served until midnight. Food is also available before and after the club, at the Foundation Room and Citizens Kitchen & Bar.

The casino has more than 1,200 slots games, including Wheel of Fortune, Game of Thrones, and Monopoly, as well as table games. Offering such a range of games has become more common among land-based casinos, which have been keeping apace with their online counterparts that also offer a range of roulette variants, including European, American, French, and live dealer options.

The idea of dancing on the beach sounds like heaven to many people. Well, this vibrant club in Ibiza has its own private area on the island’s biggest beach, d’En Bossa. It also features a lounge, a restaurant, and its own boat service for those guests who arrive by yacht.

The 2020 season opens on April 4, with a special show lined up starting at 1300 hours. The stylish design mixes Buddha statues with relaxing sofas and elegant chandeliers. Food in their restaurant is based on the Mediterranean-Asian style and seafood is their specialty.

Their beach lets you party on golden sand, with a great view of the sea and the smaller island of Formentera. Since Ibiza is widely regarded as the party capital of the Mediterranean, it is filled with clubs, such as Privilege Ibiza, whose 10,000 capacity makes it the world’s biggest nightclub according to the Guinness Book of Records.

Pop-up venue Club Nomadic has successfully added a clubbing and live music element to the biggest weekend in American sport. Super Bowl LI took place in Houston in 2017, with Club Nomadic bringing Taylor Swift and Bruno Mars to the city for the event at their 62,500 square feet location.

The 2018 event in Minneapolis was cancelled when the Shakopee Mdewakanton Sioux Community didn’t give their approval for the club. Instead, the planned acts such as Gwen Stefani and The Chainsmokers performed at the Mystic Lake casino resort nearby.

2019 and 2020 saw a range of other clubs offer great music for fans of the highlight of the NFL season. These included the fortunately named LIV in Miami for Super Bowl LIV and a Sports Illustrated event at the College Hall of Fame in the club-loving city of Atlanta, 2019. It isn’t known whether Club Nomadic will make a comeback next year in Tampa.

The Yoga Trend in Clubs in Boston

One of the most interesting trends in recent years has been the appearance of yoga classes in nightclubs. Boston has been at the center of this movement, as popular exercise groups like Grip the Mat and Daybreaker have introduced clubbers to the benefits of yoga.

Exercise classes have taken place in clubs such as Stage and Down Nightclub. Meanwhile. Oberon hosts rave yoga classes in the summer months as well. Ashley Braun is co-founder of Grip the Mat. She says that this combination is about “trying to promote balance” in people’s lives.

There is no doubt that we will see more of these interesting ideas in the future. The huge popularity of clubbing means that the best venues are ideal for trying out new ideas and experiences.