When will nightclubs open again 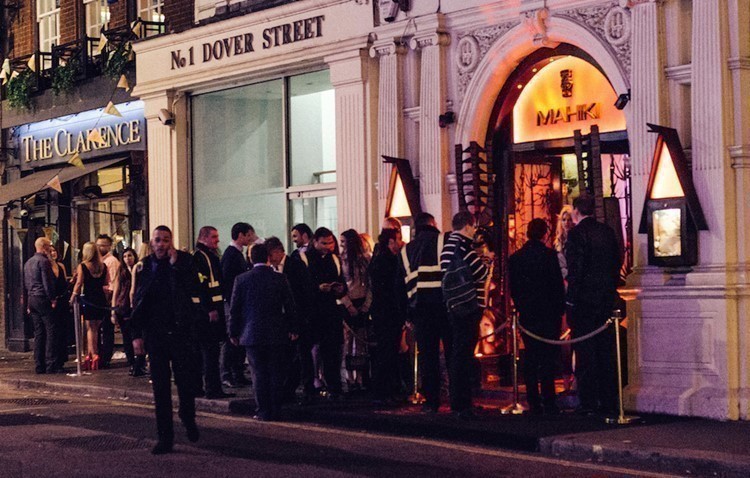 As most people understand almost all nightclubs all over the world are closed during the outbreak of the Coronavirus/COVID-19.

Now everyone is asking the same question "When will nightclubs open again?"  so here are some of the latest updates:

Clubs in the United States are not allowed to reopen yet and there is no information available about a possible opening date.

London just announced that nightclubs will need to remain closed. Not specified until when yet but they will not be allowed to open in October when other types of entertainment venues will open.

In Los Angeles the club Le Jardin, Derriere and other clubs and bars have initially opened but shut down again due to the corona virus spread. Only a few restaurants that serve food are allowed to remain open under very strict dine in rules but they have all been advised to focus on take out service.

In New York City some clubs will reopen in July but at the moment Magic Hour roof top and PHD Terrace have already reopened.

Las Vegas has opened and closed again many of it's clubs. The ones remaining open are Encore, Daylight Beach Club, Marquee Day, XS lounge and Intrigue.

The Balearic islands will end their quarantine on the 21st of June so tourists are allowed to visit the islands but Ibizia, Magaluf and Mallorca are sadly not allowed to open their clubs this summer at all.

Ibiza has opened the beach club called Bora Bora but no other nightclubs.

In Paris most nightclubs will not open before July but the Chez Mila boat parties are happening every day from 3pm to 2am when the weather is good. The legendary TAM TAM party is launching at Bagatelle on Wednesday the 24th of June. From Tuesday 21st of June roof top parties will be held at Rose Bonbon. A new place called Pastel is open from Tuesday til Sunday hosting amazing outdoor parties. L'Aquarium's outdoor terrace is also open as Terrace de L'Aquarium with a stunning view of the Eiffel Tower.

Nothing confirmed yet in Copenhagen but most clubs are hoping to reopen on the 1st of August.

In Cannes it seems like Baoli and Chrystie are already open.

In Tel Aviv all nightclubs are now all closed until further notice.

In Marbella the Nao Pool Club, the terrace at Olivia Valere, Mosh, Vudu, Mirage  and Momento are open.  No indoor clubs yet.

In Stockholm Kyoto nightclub is open as well as Berns Terassen but at reduced capacity. Cafe Opera is now open as well but tables only.

In Marrakech the clubs was initially meant to be open from the 20th of May but the quarantine has been extended to most likely August for nightclubs. Bars, restaurants and outdoor venues are open now.

In Barcelona they have opened up in July but has now completely shut down again.

Most clubs in Valencia are going to open on the 19th of June, Mya will definitely open on the given date. Spain is opening it's borders to everyone so tourists can visit starting with the 1st of July. A new happening place is Gabbeach/Sunset Gabbana open everyday.

In Milan the club Loolapaloosa opened it's bar side serving cocktails from 6PM til late, Old Fashion will also open it's doors but only for the lounge and Sisha bar and The Beach club is also opening on the 12th of June as a lounge club, Just Cavalli has opened from the 18th of June.

In Dubai some clubs have finally opened up mid July, they operate more like lounges. A couple of them are Sky 5 and Nargui Five, both offer seesha/hookah.

In Warsaw most clubs are not open yet but Fashion House is open every Wednesday, Friday and Saturday from 7PM until later in the night.

Birmingham has only one proper nightclub open which is Sobar, all guests need to book ahead of time and their rule is maximum 6 people per table. A clubstaurant open is Oko which is seen as Nuvo's sister.

When the clubs do open again they will be advised to initially operate according to secure guidelines such as:

1) Temperature checks - client's and staff's temperature checked on entry into the venue using a non-contact thermometer,  if higher than 37.5 °, the clients and employees will not be allowed access to the premises and will therefore be turned away and advised to contact their doctor.

2) Social distanced seating - reduce table capacity in order to keep certain distance between individual tables (2 metres is being seen as the standard).

3) Hand sanitiser - all clients and staff given hand sanitizer on entry. Every table has its own sanitiser or the waiter can distribute hand sanitiser to clients in-between courses.

5) Outdoor space - maximum use of all outdoor space where the natural airflow keeps the air as clean as possible.

6)  Businesses that have a seating system have to allow pre bookings and to keep the list of subjects who have booked for a period of 14 days, ensuring compliance with the legislation on the protection of personal data.

7) In establishments that do not have seats they need to allow entry to a limited number of customers at a time, based on the characteristics of the individual rooms, in order to ensure that at least 1 meter is maintained between each customer.

8) Self-service buffet service is not allowed.

9) The service staff that will be in contact with the customers must use a mask and carry out frequent hand hygiene with sanitizing products (before each table service).

Watch this video to see how clubs operate nowadays during the pandemic.

British Airways have flagged for resuming flights on the 1st of July which many believes that other airlines will follow. From what we have heard the planes will only be allowed to fill up to 50% of the seats, passengers will have their temperature taken before boarding and they will have to wear masks.